August 03, 2010
Today Jasmine is seven years old! Her birthday reminds us how much we appreciate that she is still with us, enjoying her life. She is so precious to us and we celebrate every day we have together. There are still some health issues to be dealt with, but she's still standing! 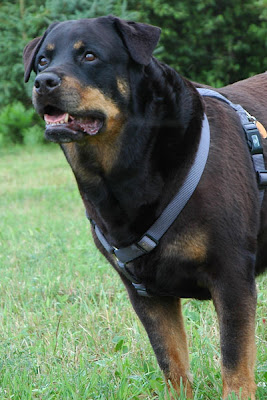 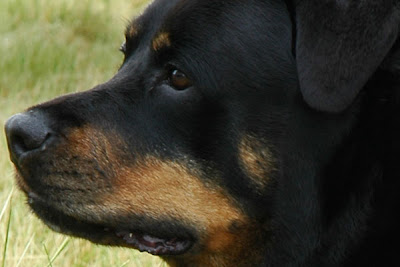 Four times in the past two years we thought we were going to lose her.

The first time, when her new vet felt a mass in her abdomen when taking x-rays of her legs. He figured it would be a good idea to do a thorough palpation while she's 'under' and her muscles were completely relaxed. Then he called us into his office …

The “C” word hung in the air while blood test was being done. There was so much life in her eyes! And we were trying to figure out what we'd do if the results were positive.

Negative blood tests gave a green light to an exploratory surgery. Her knee surgery had to be postponed.

What a relief when it was discovered that the mass was eosinophilic infiltrates instead. Not good news normally, but it was to us under the circumstances!

The second time was when she was put on Previcox. First, she stopped eating. But that wasn't that much out of the ordinary with her. Then she stopped drinking too … We stopped the Previcox immediately and she pulled through.

The third time, when she suffered severe hyperthermia as a reaction to Buprenorphine. She was in for an x-ray! After that, my husband was going to take her to the farm. Instead, after a great deal of the day was spent trying to get her temperature to stabilize, he carried her home. She was supposed to feel better the next morning. But she didn't. She couldn't get up or walk on her own and when she went to pee her urine was brown. Her tongue was full of bruises.

We rushed her to the emergency vet. They concluded that either her kidneys or liver were failing and that she possibly had perforated intestine. Our only question was, “Can she pull through this?” She was transferred to a veterinary teaching hospital.

The good news was that it was her liver that was in trouble, not her kidneys. And it wasn't a perforated intestine, but a large abdominal abscess that needed to be removed as soon as possible. Again the question, “Is she going to make it? Is she going to recover?”

Then the race against time, waiting for her platelets to get high enough to perform the surgery. The abscess was removed successfully without complications. But days were passing by and she still wasn't walking. They blamed it on her bilateral ACL surgery, but we knew her legs were perfectly fine before all this happened!

A few days after the surgery, when she was stabilized enough, we decided that my husband was going to visit her. It was a painful decision. It might cheer her up to see him. But it might break her heart when he leaves her there again. He went. I didn't. I felt that as distraught as I was my visit couldn't possibly have done her any good.

The technicians wheeled her outside and laid her on the lawn. When she saw my husband she struggled up to her feet and with the help of the technicians made it to him. That was the first time she was on her feet in a week! Her stance was wide and she needed a lot of help. But she made it. Then she collapsed in exhaustion.

Next day they decided that it was safe for us to take her home. She was so weak! Her muscles were non-existent. She felt like a rag doll. She kept trying to get up and collapsing. She needed a lot of help to get up and to walk. But she pulled through.

Then she started feeling really sick, throwing up all the time. Didn't want to eat, we had to force-feed her. She was feeling so miserable, we were sitting there wondering whether we were just torturing her. But she pulled through. 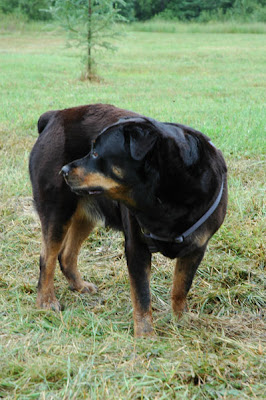 She pulled through and she is still standing! She is full of life and living up every minute of it. She doesn't remember any of the horrors, but we do. We are grateful for every day we have with her.

So here is to Jasmine! She is the love of our lives, and she's still standing!