The House Is On Fire! Bridget's Pancreatitis

There is a dialog from one of the episodes of House M.D. that has been really on my mind lately.

House: You wake up in the morning, your paint's peeling, your curtains are gone, and the water is boiling. Which problem do you deal with first?

House: None of them! The building's on fire!


A symptom is what we see, what's bothering us, so that's what we tend to address. However, the symptom is not the real problem--the condition that is causing it is! Paying attention to symptoms is important. Getting to the root of the problem is crucial!

Dr. Jennifer Coates, DVM, already wrote about the Perplexities of Pancreatitis earlier, so let's get straight to the story. 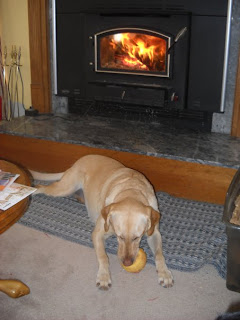 Bridget began throwing up the summer of 2008 when she was 3 and ½ years old. I use the term throwing up lightly: the noises coming from her were the most awful sounds I had ever heard, and I was beside myself when there seemed no end.

After-hours trips were made to the vet, for injection just to make her quit being sick. The sounds were only part and parcel of the ordeal, which I imagine was just as intolerable to Bridget. Also was the reflexive gagging, with mouth drawn back in wrinkles as well as: pacing, licking lips, obsessively licking paws and the floor.

The worst though was her behavior of eating anything not nailed down, in an effort to make herself throw up, as dogs do. If allowed, she would have eaten enough grass to kill herself!

Really, I marvel that she is still alive, as she ran out to the garden at the onset of an episode, gobbling down an entire corn cob from the compost and then coming back to the house to throw it up, along with her stomach contents. I ended up having to remove the corn crop with a scythe, chopping it all down, and raking it all up. No more compost. All this was on the hottest day of the summer.

Bridget was treated symptomatically with meds for GI upset, nausea and vomiting….many times. These episodes went on all…..summer…..long. Most of them were timed after clinic hours on the weekend or evenings. Or so it seemed. Sitting with her was gut-wrenching. She was a danger to herself and it was difficult to keep her safe.

Sometimes I had to crate her, with nothing at all in the crate. At times she even tried to eat a blanket. The stress was awful. I felt awful for Bridget and felt helpless. I began to sit bolt upright from a dead sleep thinking I had heard of her being sick.

Finally, in the fall of that year, blood work was taken, on a visit to a vet kind enough to take her in, while ours was on vacation. 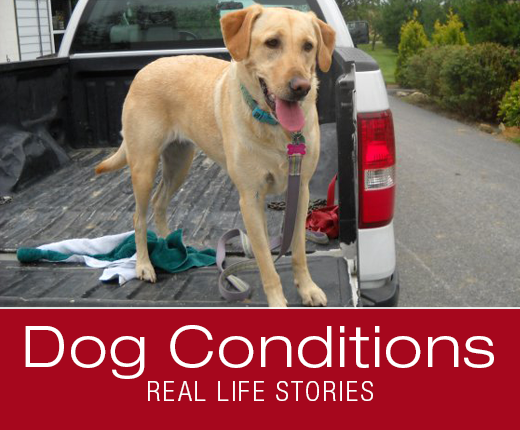 The digestive enzymes, the lipases, were out of whack, which along with her other symptoms, was conclusive for pancreatitis.

Bridget has been stable on a low fat,(8 %) low protein diet (16 %)  which I found in Natural Balance Senior. I am afraid to experiment with any other diet. She is also daily on Pepcid and I give her plain yogurt with live cultures.

Recently there have been several recurring episodes but without the earlier severe symptoms, and resolved quickly. I believe it may have been triggered when she chewed on a stick. She loves to carry a prize stick home from the pond; it is up to me to remove them from the yard and prevent chewing on them. I don`t know if I could go through again what I ( we) went through that summer. I would not wish it on any dog.


Related articles:
The Perplexities of Pancreatitis
Where There Is Smoke, There Is Fire!