Alien Invasion: Your Dog And Infections

Their immune system is designed to fight off these potential invaders, but some infections are harder to deal with than others. The ability of your dog's immune system to prevent and/or fight infection depends on his overall health. Stressful events and underlying conditions, such as hypothyroidism, or Cushing's disease, can also increase your dog's susceptibility to infection.

If your dog suffers from frequent infections, you should be looking for an underlying cause. 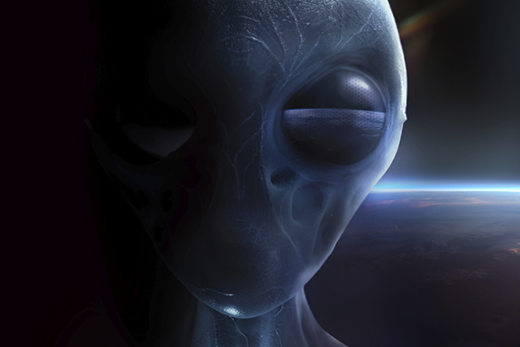 What is an infection?

An infection is an invasion of your dog's body by organisms that are capable of causing disease. Infections can be parasitic, bacterial, viral or fungal.

Dogs are highly susceptible to parasitic infections. In fact, parasites are one of the most common health issues in dogs.

External parasites include ticks, fleas, mange mites, and lice. External parasites usually cause skin and coat related symptoms, such as itchiness and hair loss. However, they can lead to bacterial skin infections, trigger an allergic reaction, or transmit systemic diseases such as Lyme disease, tapeworms, ehrlichiosis, and Rocky Mountain Spotted Fever. Prevention is the first line of defense against external parasites. Talk to your veterinarian about which of the many available products would be safest and most effective for your dog.

Note: a tick needs to be attached to the skin for several hours before it can transmit a disease. Removing ticks promptly will prevent many tick-borne diseases.

Internal parasites include gastrointestinal worms such as hookworms, roundworms, tapeworms, and whipworms, as well as microscopic parasites such as Giardia or Coccidia.

As a note of interest, there seems to be a beneficial side to some intestinal parasites. Research is being done into the controlled use of parasitic infection in the treatment of autoimmune diseases and allergies.  This is called helminthic therapy.

Heartworms are another type of internal parasite, which is spread by mosquitoes. As the name suggests, heartworms travel through the bloodstream and then invade a dog’s heart and pulmonary arteries. As more worms take up residence in the heart and lungs they can eventually restrict blood flow to the point where death results. Prevention is definitely the key here. Several different types of easily administered heartworm preventatives are available from veterinarians.

Bacteria are microscopic, single-celled organisms that are present virtually everywhere in our environment as well as in our bodies. Many bacteria live in a symbiosis with their host and are necessary for your dog's vital functions such as digestion. Some friendly bacteria can even assist your dog with fighting off bacterial infections by improving immune function and out-competing the harmful bacteria.

However, certain types of bacteria can cause infection and illness if they overwhelm your dog’s immune system. Such harmful bacteria include Salmonella, Leptospira, Bordetella, E. coli and many others. Symptoms will vary depending on which part of your dog's body has been invaded.

Left untreated, a bacterial infection can cause serious health issues and even lead to death.

The good news is that bacteria are living organisms and as such, they can be killed. Bacterial infections usually respond well to antibiotics as long as treatment begins before a dog’s condition gets too severe. However, the over-use of antibiotics has led to the evolution of resistant strains that no longer respond to standard or sometimes any type of treatment. Not finishing a full course of antibiotics can also cause bacteria to become resistant to a particular drug. It is important to use antibiotics wisely and follow through with the full treatment as prescribed by your veterinarian.

Preventative vaccination is available against some types of bacteria. Whether to vaccinate or not is one of the today's controversial issues, and your decision should depend on your dog's exposure to the bacteria as well as his overall health.

Unlike a parasite or a bacteria, a virus isn't really a living organism in a true sense of the word, and as such, it cannot really be killed either.

A virus is a collection of genetic material that invades living cells and reprograms them for its own purposes. A virus exploits the host cell to reproduce itself and then invade other cells, which are destroyed in the process. Viral infections are a lot like computer viruses, that's why they share the same name.

Viruses are not killed by the antibiotics used to treat bacterial infections. Some antiviral medications are available (e.g., Tamiflu®), but these have not been tested thoroughly in dogs and are used infrequently. Treatment for viral infections is usually limited to supportive therapy. Sometimes antibiotics are given to treat or prevent secondary bacterial infections, but a dog’s own immune system must be able to suppress or rid his body of the virus on its own for recovery to occur.

Many canine viral infections are very nasty and some of them are deadly. Rabies, distemper, canine hepatitis, parvovirus—these are just some members of the lovely viral family.

A healthy and primed immune system can often ward off a viral infection before serious illness develops. This is why vaccination is imperative. While some controversies exist regarding vaccinating our dogs, the question isn't really whether to vaccinate or not, but merely how often.

Fungi are plant-like organisms such as mushrooms, molds, mildews and yeasts some of which can cause infections in dogs. The most common fungal diseases in dogs are yeast infections and ringworm (not sure why it's called that, because it is not a worm but a fungus).  While these infections are usually limited to the skin, other types of fungi can invade the body and be a potentially life-threatening problem.

Antifungal drugs are available, but treatment usually needs to continue for a long period of time to completely eliminate the fungus from the body. Some of the more advanced antifungals can also be very expensive and have some pretty scary side effects.

Of course, prevention is always better than treatment, so keep your dog healthy so that his immune system has the best chance of fighting off the fungi that he comes in contact with every day.