Why Do We Choose The Breeds We Do?

February 09, 2010
According to psychological studies, there seems to be a close correlation between our personality and the breed of dog we are most likely to choose.

There also seems to be some evidence that links high-risk breeds, such as Akitas, Dobermans, Pit Bulls or Rottweilers to high-risk owners. 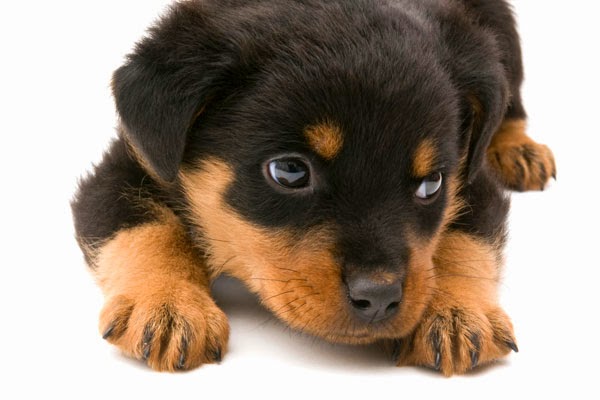 I am not debating the results of the studies. My question is whether these breeds truly are inherently high risk, or whether it is a result of negative social exposure and poor breeding practices?

The breeder we got our last Rottweiler puppy from wanted to know what kind of people we were and mentioned that she had a number of people asking for the biggest and meanest dog she had. What destiny would those puppies be headed for if she sold them to those people? And could the dogs have been blamed for what they might have become?

Rottweilers are one of the breeds with a bad reputation and we would have never considered getting one if it wasn't for Roxy.

It was a dreary day about 20 years ago. My husband, who was a truck driver at the time, pulled into a gas station in Emlenton, Pennsylvania. A guy approached him, trying to sell a Rottweiler puppy for gas money. With a rope tied around her neck, filthy, skin and bones, with milky eyes, she wouldn't even lift her head.

My husband spent most of his life in the truck and was not planning on getting a dog. But she looked so pitiful, he couldn't leave her to her destiny.

“Listen,” he said,
“I don't have the money you're asking. I have fifty dollars. Take the money and give me the dog.”
He grabbed the dog and wasn't going to argue about it.

She was about 4 months old, severely under-nourished and full of parasites. The plan was to give her some immediate care and find a good home for her.

But by the time he got her back on her feet, they bonded so closely, that he decided to keep her after all. He named her Roxy because she liked fetching rocks. And that was his first Rottweiler. She traveled with him everywhere he went.

When I met my husband, Roxy was 5 years old, and they were best friends.

Before we started seriously dating, I had to undergo the 'dog approval test'. He told me he wanted me to meet his dog. But as I found out later, what he really wanted was her opinion of me.

I passed, and we have been married for 13 years now.

After we shared our lives with Roxy, we fell in love with the breed.

She was a gentle, loyal and loving dog. We had Rottweilers ever since, and can't say enough good things about them.

They are great with kids. They are active and playful on their walks and calm and relaxed at home. They are great with other animals. Horses love them. And Jasmine has enough charm to prevent a skunk from spraying her--three times--in spite of her attempts to get him to play with her.

Would Rottweiler be our breed of choice if it wasn't for Roxy?

Most likely not. But because of Roxy, we learned that all these gentle giants really want is a loving family.

If you choose your breeder carefully and treat them well, there is no breed as gentle and loyal as a Rottweiler.

Jasmine
Don't Go Look At Puppies, Unless You Want To Have A Dog
Outsmarting a Smart Dog
The Many Reasons Why I Love Our Dogs: Loyalty